A Sunday Conversation with Mos Generator 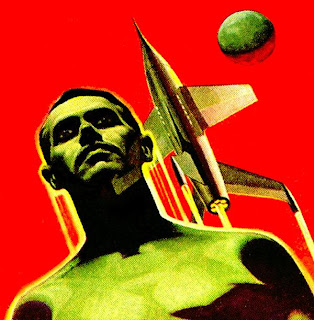 Thundering and loud, ass-kicking and in-your-face, seventies fueled rock and roll. That's what Mos Generator bring to the table and without overstating things, kicked our butts. For those who haven't tuned into their particular brand of heavy rock, do yourself a favor and check them out. In the meantime, we invited the main Mos man to come sit a spell on the Ripple couch and discuss life, music, and everything.


When I was a kid, growing up in a house with Cat Stevens, Neil Diamond, and Simon and Garfunkle, the first time I ever hear Kiss's "Detroit Rock City," it was a moment of musical epiphany. It was just so vicious, aggressive and mean. It changed the way I looked at music, what it could sound like, how it could make me feel? What have been your musical epiphany moments?

My parents were hard rock fans when I was very young so i was brought up on Black Sabbath, Deep Purple, Bloodrock, Ten Years After and cool stuff like that. But when I was seven I went to live with my grandparents who listened to country and western. That summer my older cousin came up for the summer and brought Kiss Alive. When I heard "Deuce," for the first time I was sold. I've been a fan of heavy rock ever since.

The riff comes first. Most of the time I don't even start the lyrics until we've done a demo of the music. Then I come up with a title or subject matter that will fit well with the feel of the music. Then I put the vocals on the demo and usually we end up doing another demo after we have had time to work the song out.

The past! Musically, I pull a lot from feeling I get from music I love. Lyrically,I use a lot of science fiction and religious themes, not necessarily christian beliefs though. In the material we're experimenting with now I am hoping to bring emotions into the music and lyrics that people can become closer to and identify with. Rock music is the most diverse genre of music. I want to use that strength to my potential.

Ultimately, I would like them to feel what I feel when I hear a song I love. Truthfully, I don't think I can achieve this. When I hear a great song at some point during the song I might think "how the hell did they come up with this? I will never be able to write something this good." I am very humbled by great music.

Staying motivated is much more difficult that writing and performing music. We are being realistic in knowing we are not going to sell millions of albums, but if we work hard to make the best music we can and are honest in what we do, then that is all the motivation we need. Honest music brings honest fans. Fans that will stick around to see what's coming next.


Describe to us the ideal (realistic) record label and how you'd work with them, and they with you.

All we really need is good distribution, a publicist and tour support. Right now all of our record deals are on handshakes. We own all of our music. Did I mention tour support would be cool?

Do you have a particular sound in your head that you try to bring out? Or is the creation process random and spontaneous? Or both, or neither?

All produce all our records at my studio. songs never turn out like I hear them in my head. Close but never right on the money. It's something to strive for I guess.

The good thing about being older is that musically I have gone through many different phases and now I can take what i consider the best of those phases and make rock records with that knowledge. It will take years to realize what that could be.

The riff and the hook


What's the best record store in your town?