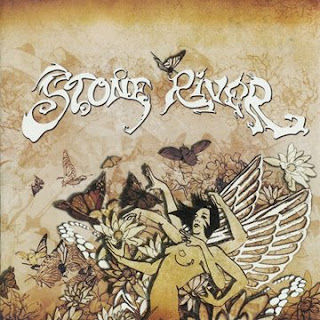 Do any of you remember the Cameron Crowe movie, Almost Famous? Of course you do, for some it probably ranks up there as one of your favorite rock and roll films. Now, in that movie, he features a young writer going out on tour and chronicling the rise of a hard rock, southern-tinged band, Stillwater. That band was purely made up for the film, but don't worry, I found the real guys. This is what Stillwater should've sounded like.

Coming at you with riffs and soul as big as the Great South itself, Stone River shoot out of the gates charging at you like the sole living heirs to the Godfathers of southern rock. Soaking in the southern rock gospel of their native land (Toronto?) the boys blast through this self-titled debut with nary a misstep.

I first popped this baby into the Ripple CD player as I was flying back from a meeting in Miami, Florida. Soaring through the clouds on approach to 35,000 feet, I need something with some deep groove, a heart full of soul and enough muscle in the mix to help me pass the next several hours of flying time. The boys responded beautifully. The first track alone," Southern Feeling," riding out on the back of a fierce drum intro before dropping down into that glorious, truly seventies, big-time southern riff, carried more soul than a whole church-full of Baptists praying for redemption. Bring in the heavenly accent of some gospel tinged female harmony vocals backing up the soaring, emotion-filled pipes of lead singer Renan Yildizodogan and this song is a touch of southern heaven. Forget the plane I was in, the soaring melodies and big hooks were enough to get me 35,000 feet off the ground. Fretmeisters Jeff Desilets and Darren Flowers know how to bring in intensely melodic leads and riffs without going overboard or showboating, just keeping that southern vibe of letting the music breathe for itself. 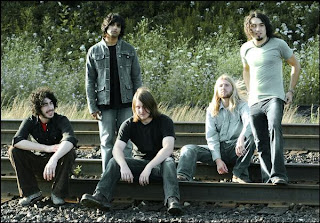 Even though that was only the first track, the songwriting craft was so strong, I immediately knew I was in good hands for this flight, and lest I ever began to doubt myself, "Cold Black River," roared out next, even more soulful and groovy than its predecessor. Riding a searing guitar intro, the boys drop down into the chugging riff, flavored with some good old fashioned Hammond organ tones coming from Jesse O'Brian's Wurlitzer. This is fully charged southern rock, intense with melody and big, beefy, serve-em-up on a Bar-b-Q riffs. Throw in some heaping helpings of an intense bottom end and clashing drums, serve hot over some red beans and rice, throw in some grits with butter, and we got ourselves a freaking southern smorgasbord of flavors and sounds. The boys even know how to play with dynamics, breaking it all down in the middle for some smooth Allman Brother's styled guitar fills.

Go ahead and choose your favorite southern rock reference, Skynard, The Allmans, Point Blank, heck, it doesn't matter, they're all here. But don't go thinking these boys are purely retro-seventies rockers, living for days that passed while they were all probably still in diapers. Toss in a great big nod to The Black Crowes at their most urgent and you'll begin to see your picture of Stone River develop. This is big, arena-sized, backward looking rock with enough muscle and adrenaline to keep it anchored in the present and enough chops and skills to have us looking toward the future. Anyone who's a fan of the new rock coming from such bands as The Answer should give this disc a spin. You wont' be disappointed. 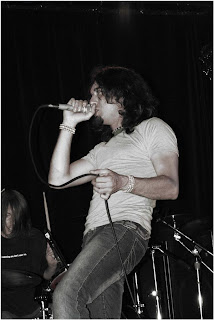 "Come on," brings in another flavor, one that actually rides across the album like a fine touch of spice. Complex guitar parts and supercharging riffs a la the first Blind Melon disc. This is clearest to me on the fierce rocker "Divine Child," which bears such a strong "Tones of Home," feel that it could be a homage. In fact, it was around this time that I finally nailed down who Renan's voice most reminded me of, because I wasn't hearing any Ronnie Van Zandt or even any Chris Cornell like the press release hinted at. No to me, Renan is infused with the passion and tone of Shannon Hoon at his most accessible. A smooth and emotive voice, capable of carrying the massive rockers or the Alabama-sized ballads like, "On These Turning Tides," a lighter waving number if I've ever heard one.

In the end, everything Stone River does is intimately familiar in all the best ways, yet infused with enough passion and honesty to never be derivative. It's all as energetic and fresh as that big 'ol Southern Gulf wind, blowing in off the water, hitting you smack in the face as you hunker down with a cold brew, some good chow and your best buddies. Now all I gotta do is find a way to get these guys to ask me to out on tour with them, because this is real rock-and-roll music, baby, and I'm sure we got a movie better than Almost Famous brewing here somewhere.

Bill said…
I like the sound of this one Racer. Any link to where I can buy from... with reasonable shipping rates to the UK?

The Ripple Effect said…
Thanks for the comment Bill, and thanks for pointing out that I forgot the link.

don't know about shipping though!