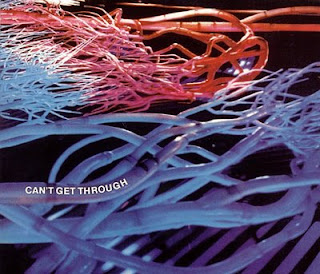 I’ve been living with this disc for so long now; it’s become nearly impossible for me to write this review.

Absolutely frenetic, guitar searing heavy psych from , Hairy Chapter steamrolls past most of the similar bands of the time. German axe God Harry Titlbach single handedly makes the Scorpions Lonesome Crow, seem pastoral by comparison. Titlbach coaxes, flexes and wrings screaming howls out his guitar, pained with anguish, reaching a tone of angst-filled mourning from his six-string that I’ve never heard before or since. The whole album is only five tracks but from start to finish it’s a rip-roaring, freakout of blues-based proto-metal. Adding frosting to their meaty cake, a touch of krautrock rears its Teutonic head, adding unusual textures and rhythms to the mix.

Comfortably, this album is a lost classic of the proto-metal period, still rooted in the heavy psych of the time, but washed in its own world of morbid insanity and maudlin mental anguish. The Laser's Edge magazine once declared this album "unihibited guitar debauchery." Soundwise, the closest comparison from the bands we’ve reviewed in the Proto-metal report is Dschinn, but they make the standard song structures that Dschinn favored seem prosaic. While they sound absolutely nothing like Atomic Rooster, that’s the band that comes closest to describing the tone of tortured dysphoria that seeps through this disc like a odor lingering in the air from a recent suicide. 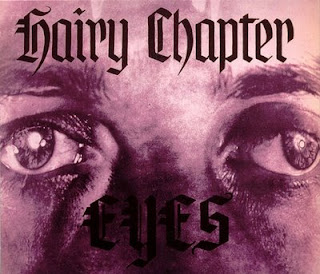 “There’s a Kind of Nothing,” starts off quite normally enough, riding on the back of a moderately fuzzed simple chord riff, but then that guitar comes in, screaming with a psychic pain that needs to be heard to be believed. Titlbach wrings more anguish from his opening lead volley than most death metal bands achieve in a career. This is emotive playing to the Nth degree. Harry Unte’s strained voice follows next, a primal scream set to melody. The bass, drums and rhythm guitar keep the song propelled forward at a charging pace, while Titlbach keeps dropping in lead fills like a prisoner screaming for escape. The entire song builds to a crescendo of near mental illness, then suddenly. . . it’s gone. Silence fills the space, perhaps even more intense than the madness you’d just witnessed. A lone bass plucks out a riveting solo, building in volume, the drums adding on, the guitar gently layering on top. An acoustic strumming. Then, delicately, Titlbach adds his tone, hiding underneath the bass, filling the atmosphere with punctuated arpeggios. This is mourning in music, like the lament for some lost love.

The main riff and more frantic guitar follows for the final 35 seconds of the song, then suddenly we’re into the stuttering, staggering doom-filled riff of “Can’t Get Through.” Here, Unte steals the show, his vocals a squealing, cracking, incomprehensible journey to the edge of sanity. The harmonica keeps the frenetic pace revving, charging into the mix at the 1:30 mark, leading us off into a an absolutely acrid smoke filled eight minutes of searing hard psych guitar wizardry. Again, Titlbach wrings tortured tones from this axe that are hard to believe. This song is like the lost grail of heavy psych guitar jamming, a florid explosion of leads, barely anchored to this stratosphere by the looping bass and motorik drumming. By the six-minute mark, the jam begins to lose focus, but who the hell cares, you’re nearly to exhausted to pay attention anyways. 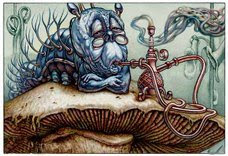 “It Must Be an Officer’s Daughter,” comes next, starting off with a cacophony of feedback and fuzz, picking up right where, “Can’t Get Through,” left off. Just like “Tomorrow Night,” this is a love song of such demented proportions it seems to border on obsession and is probably illegal in several states. Lost amidst the horror movie Sabbath riff, and Titlbach’s wailing fills, Unte’s voice, verging on the edge of comprehension, screams such words of love as “I want to feel your 27 fingers explode in my body!” and the ever-popular expression of love, “You’re my bourgeois, my bourgeois sweet fantasy.” Don’t know about you, but that line’s never worked for me. Not even once.

“As We Crossed Over,” is a bizarre anomaly, a beautifully strummed guitar piece, the bass playing some other random tune underneath, while a trumpet (??) burps out a death march. I do believe the “crossing over,” he’s referring to is suicide, but truthfully, I haven’t the faintest idea what’s on that dark organ he calls a brain. Quickly, the song degenerates into a mishmash of random noises coming from every instrument the boys could get their hands on, while Unte wails on as if someone's got him by the balls.

Finally, “You’ve Got to Follow This Masquerade,” brings the disc to a close, another riff-crazed, psychedelic guitar freak-out of monstrous proportions, capping off an entirely exhausting, beautifully satisfying and ultimately terrifying journey through the band’s tenuous mental state. Left nearly breathless after each listen, Hairy Chapter plays like an addictive drug, one that I can never seem to get enough of. Quivering after each mind-blowing, IQ shattering listen, my shaking hands continues to reach for the play button. Needing to give the disc another spin.

Buy here: Eyes/Can't Get Through

Great review! This one's right up there with "Lonesome Crow" for sure!