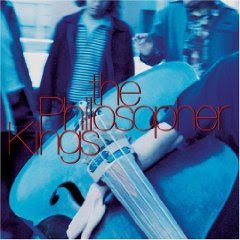 When Racer handed me this disc somewhere in the summer of 1997, I was this dude who was burnt out on modern metal and really looking for something that I could spin that would give me the air of some maturity and wisdom. Now, I’m not going to say the self titled debut from The Philosopher Kings is an album that will endow you with the wisdom of King Solomon, but I do guarantee that listening to this album will make you a whole lot cooler in my book. Yeah . . . for what that’s worth.
The Philosopher Kings is a richly textured jazz meets R&B swagger type of an album and, quite frankly, just plain smooth. The lyrics colorfully paint pictures of normal people trying to get by in love and life. The music bumps from an R&B funk groove to a soulful jazzy swing. The musicianship shows a group of young men laying it all out there with the passion of a steamy romance in the darkened backrooms of a club. The vocals, well . . . they just bring the whole thing together, making this album one that should have been on everyone’s Best of list from 1995.
The first three songs from the album should be enough for any new comer to the band to get a good sense of what they’re in store to hear. “Turn My Head Around” is a piano driven, rhythmic séance that will inevitably get the hips moving, highlighted by some jazz inspired guitar work at the solo. The third track, “All Dressed Up For San Francisco,” is a musically heartrending number as it opens with a clean toned guitar playing sparse notes and the accompanying vocals, filled with soul, tell the tale of a girl in Mason City with dreams of life in the big city. Note the guitar work throughout the song as the notes are perfectly placed. The bass holds down the rhythm with its throbbing voice. But, it’s the vocal work, both lead and harmonies that get me every time this song makes its way through the rotation.

The tune that stops me dead no matter what I’m doing is the second number “Lay My Body Down.” The song tells of a man coming home from a grueling trek away from home, and you can feel the weariness in the voice as it’s sung over the jazzed out keys and bass rumblings. Key into the groove and you’ll love the solos from the trumpet and keys. The song comes to an amazing climax as the homeward bound man finds that some other “bear has his paws in his honey” and the vocals break with all the passion of a man who is hell bent on payback. Both music and vocals hit all the right notes as you can actually sense the entire band feeling the pain of our hero who finds his girl in the arms of another man. “Lay My Body Down” is a perfectly painted picture, and the number one reason everybody should have a copy of this album.
Throughout the album, the lyrics are used to not just tell us a story, but to create these vivid imagines that transport the listener into the hearts of the songs. Wordsmiths that I can only dream to be! “Leave That Man” is another tune that teleports us to the a world where we’re plaintively calling to a woman to simply leave the bum and come to place the place where she’ll be treated right. Sure, the singer conveys the message with clarity and conviction, but the words are perfect, and without them, the singer is just humming the melody. Think about it . . . you’ll get there. 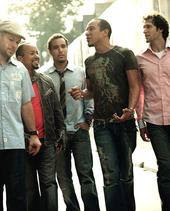 Surprising to me was that the song “Charms” was tapped as the single for the album, and though it’s a great song, I can’t imagine why “Lay My Body Down” didn’t get the nod. But that’s just me. “Charms” is more of a groovin’ R&B number that features some great melodies and musicianship. The funked out guitar passages, the omnipresent bass groove, the steady-Freddy drum work, the vocals . . . all layered on top of each other, music filling all of the nooks and crannies like water flowing in a jar filled with gravel. This sucker builds until there’s nowhere to go but to fade out. After listening to it with a more critical ear, I can hear it as a single (most certainly), though I wouldn’t have made it the first one.
The Philosopher Kings may have gone gold in Canada, but it went cold in the U.S. and I truly can’t imagine why. Maybe its coz’ it’s from Canada. Face it . . . the best Canadian bands have the hardest time breaking the U.S. markets and it’s not for lack of quality. I’m beginning to think that there’s some conspiracy against the music that makes its way down from the Great White North. Rush had a hell of a time. Who here has heard of Voivod? Kataklysm? How about Braintoy? Okay . . . so some of those are extremely obscure and genre-only relevant bands, but The Philosopher Kings could, and should, fit comfy in everyone’s back pocket. They write some fantastic songs that take the listener away from their own problems and plop them down right in the midst of someone else’s. It’s not an album that will wake the neighbors, and if it did, they’d probably come over with a pot of tea or a bottle of whisky to simply be in the room with you. And, it’s not too soft that you’ll pass out from boredom. There’s groove . . . there’s soul . . . there’s honesty and integrity and an unexplored world of possibilities. The Philosopher Kings. I gotta’ go, y’all . . . Plato calls. - Pope JTE

Anonymous said…
Amen. PKs have been my utmost all time favorite band. I had the pleasure of seeing them in concert on July 1 a couple of years back and I don't care if I was surrounded by 20 somethings waiting for what they thought was something better coming up. They stole the show!!! I love these guys and since the day I heard their first single they stole my heart. Always hoping there is more to come and soon!!
January 9, 2009 at 8:24 AM