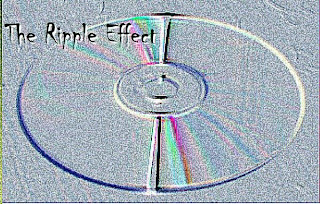 Well, here we are again, my friends. Sifting through the constant barrage of information that flutters across my screen, via the MySpace phenomenon, could seriously be a full time job. However, it doesn’t pay well enough. Hell, nothing these days is paying all that well. Have y’all been watching the stock market? Here’s a tip for all of the entrepreneurs out there, or anyone who’s 401k took a massive hit. The trampoline business. What you do is, take this typical backyard physical catastrophe waiting to happen, and lug it to every financial district that you can think of. Strategically position the trampoline under the windows of the CEO’s of these institutions and wait. These lug nuts who have driven the country’s economy into the shitter will eventually pitch themselves out the windows, right into the waiting elasticity of your trampoline. Sure, you could sit back and watch them plummet to their deaths, but wouldn’t it be more satisfying to get your hands on them after they’ve bounced safely back to terra firma? Just a random thought from your friendly neighborhood Pope. Enough of this gay banter . . . on with the report!

The Mule grabbed my attention a few weeks ago when it was announced that bassist Andy Hess left the band to engage in other life pursuits. He’s been replaced by one Jorgen Carlsson, who apparently brings a style of play that falls somewhere in between that of original bassist Allen Woody and the recently departed Hess. Personally, I’m pretty damned excited about this change. It’s not that I had anything against Hess, but I was used to Woody’s work. He had such a distinctive sound and approach to the instrument that Hess simply couldn’t match. So, the band developed a somewhat different sound because of it. Gov’t Mule has always been one of those bands that couldn’t be completely categorized as southern rock or jam rock or whatever, but Carlsson’s addition should bring the band closer to their original sound. Watch for them on tour starting on October 30th in Burlington, Vermont (rumored to be near a coat factory or something) and running through November as they make their way to the west coast. It also appears that they’ll be playing four gigs in New York City to ring in the New Year. If you haven’t caught Gov’t Mule live yet, do yourself the favor of doing it now. C’mon . . . Warren Haynes . . . Matt Abts . . . I could kick back and listen to those two play for hours by themselves. Phenomenal musicians! www.myspace.com/govtmule

Our favorite Icelandic group, Brain Police, had to put the kibosh on their latest European tour due to the massive financial crisis that has hit their homeland. From what I understand of the situation, the band had set aside a bunch of money to cover the cost of the tour, however, with the economy of Iceland also hitting the shitter, the money devaluated by almost half of its original worth. Talk about a pisser! See . . . it’s the actions of a few that fuck things up for everybody else. I wouldn’t be surprised if Brain Police were interested in that earlier trampoline idea. And I, for one, would be happy to help them cart the trampolines around. Hang in there, fellas . . . things will eventually turn around for the better. www.myspace.com/brainpolice

Our favorite son of Tennessee has built himself a second MySpace page. Why is this important? Coz’ it’s Eric Hamilton, and if you still haven’t gone out and listened to this cat, brothers and sisters . . . I can only lead you to water. This second page features a bunch of tunes that never made it to any of his albums and show some rootsy stuff. One tune features a collaboration with Wesley Orbison, yeah . . . that Orbison, and another tune with John Carter Cash. The tune that put the biggest smile on my mug was “Courtin’ Courtney,” that happened to be a left over from the Keep the Change sessions. Do I bring up Eric Hamilton too much? I don’t care. I love his music. ‘nuff said. www.myspace.com/bigehamilton

There’s an album that hit the streets last month that I missed, well . . . last month. The important thing here is that I saw it in my rear view mirror, kicked my rig into reverse, and I’m telling y’all about it now. The drummer from Matchbox Twenty, Paul Doucette, put together and album with a bunch of friends and guest musicians, and released this sucker on the 16th of September. The album is called Milk the Bee, and in a lot of ways, has that Matchbox Twenty sound. Paul’s got a cool voice . . . real soulful, raspy, and real. And did you know . . . Paul Doucette is married to Moon Unit Zappa? He wraps a little social and political commentary in the tunes while keeping the music poppy and accessible. I like. I’m gonna’ go out and get it. You can hear a few of the tracks on the bands page. www.myspace.com/thebreakandrepairmethod 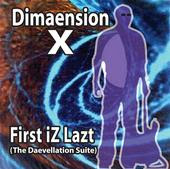 Dimaension X has a new downloadable album ready for your hard drive. It’s called First iZ Lazt (The Daevellation Suite), and is featured on his page. I listened to bunch of it, and I there are some pretty cool musical moments going on in there. I particularly liked “Angelik Eolian Veldtbuffet.” Having just watched all seven seasons of Buffy, the Vampire Slayer, and all five seasons of Angel, in running order, it seemed kind of fitting to have this montage greet me as I pushed play. Swing by Dave’s page, scroll down a bit and follow the links. He also incorporates the music of a bunch of other musicians that are somewhat eye brow raising. I enjoyed the experience. www.myspace.com/dimaensionx 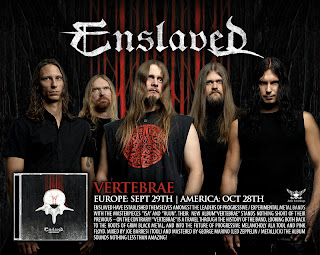 It’s already all over the place in Europe, and it’s gonna’ be released stateside on the 28th of October. Yes . . . I speak of Vertebrae from Norway’s Enslaved. I was planning on telling y’all that the band had posted the album on their page in a streaming format so that you could experience the new disc prior to purchase. But, apparently, that was a temporary event, for I have since visited the page and there are only three tracks that you can listen to on their player. I don’t know . . . my appetite was whetted when I first heard the album was being recorded. After listening to the tunes, I’m a puddle of ooze. This sounds so good and I’ll be standing in line as Lou’s Records opens their doors on the 28th. I look at it in two ways, I get the album the day it’s released and I help the last of the independent record stores keep their doors open.

Also being released on the 28th of October is my new favorite band. You may have just read my review of their album Farmer’s Almanac, and yes, I raved and raved and raved, but it’s all true. East of the Wall are the next coming. I’ve already got my copy of the album, but I’m thinking that you all need to meet me at Lou’s on Tuesday morning. We can all have a CD buying freakout. It’ll be the Waveriders way of giving the f’d up economy a big middle finger! www.myspace.com/eastofthewall 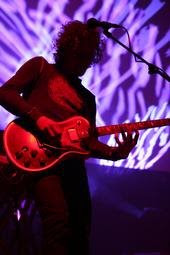 News from the John Wesley camp was extremely interesting. For those who don’t remember, John Wesley is the touring guitarist for the prog rockin’ masters Porcupine Tree. Well, it seems that he and Steven Wilson (Porcupine Tree/Blackfield) got together and worked on some guitar tracks for Steven’s upcoming solo album. A downloadable version of the album is rumored to be available in November. Also, in August, Mr. Wesley rejoined the rhythm section featured on John’s last album Shiver and rehearsed for a solo gig or two. During that time, John was putting pen to paper, pick to string, and working on songs for a new solo album. Time frame on that one is unknown, but stay tuned. The moment I know something, I’ll be sure to stand on my rooftop and shout it out to all whole listen. www.myspace.com/johnwesleymusic

Waveriders, be good to each other and don't forget to get out there and vote. Be there . . . November 4th. If you're not registered, do so. This countries financial crisis needs you! - Pope JTE
Brain Police CD Review Dimaension X East of the Wall enslaved Eric Hamilton financial crisis free podcast gov't mule John Wesley music review myspace news Paul Doucette trampolines

And I also can't wait for the new Enslaved album - probably Black Metal's most creative band that's still plugging away.
October 29, 2008 at 4:22 PM