A Sunday Conversation with Dream Aria 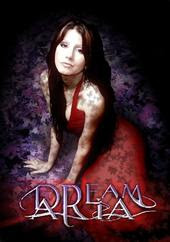 Dream Aria craft meticulous, gorgeous world-music infused, gothic-tinged, ambient-toned progressive rock. Their first album, In The Wake, was a powerful journey of soaring female vocals, washes of synths and stellar guitars. Now, after just releasing their stunning new CD, Transcend, we pulled up the Ripple couch and asked Don Stagg, leader and composer for the band, to have a sit and share his thoughts with us.

When I was a kid, growing up in a house with Cat Stevens, Neil Diamond, and Simon and Garfunkle, the first time I ever heard Kiss's "Detroit Rock City," it was a moment of musical epiphany. It was just so vicious, aggressive and mean.


First off I would like to thank The Ripple Effect for the interview so that their audience may get a small insight into Dream Aria.

The defining moments for me in my musical experience that got me to jump up and shout out wow WHAT WAS THAT! are the Beatles , Moody Blues and early Genesis in that order.


Talk to us about the song-writing process for you. What comes first, the idea? A riff? The lyrics? How does it all fall into place? Do you have a particular sound in your head that you strive to create?

I can honestly say that every song is different, sometimes I have a image in my mind, like for Pandora's Box I was thinking Tim Burton's movies and I saw a little girl that was very duel personality. Other times it might be a sound or just hammering away at the piano. With the new CD Transcend all the lyrics were written by Ann when she heard the music but with In the Wake some of the lyrics were written before the songs so I don't have a sure fire way of writing. It might be a thought of the day or a sound I come up with on the synth. 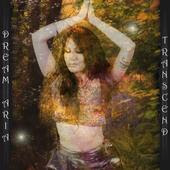 Life, books I read, movies, music, interaction with people, just everything that is going on around me and around the world.

We really are a diverse band, we cross a lot of musical Genres. I would say we are a Rock/world/prog/classical/ambient/Goth/ band. You can let me know if I missed anything. LOL

You really have hit the nail of the head, music is a brutal business. We as a society have placed our money and efforts in the wrong direction. The positive is that technology has made it easier for new bands to be heard, {this interview for example} internet, places like myspace. com etc. 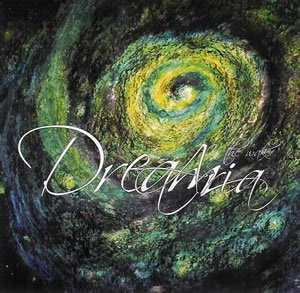 Describe to us the ideal (realistic) record label and how you'd work with them, and they with you.

We have been offered a few record deals already but so far they are all one sided; you spend a year writing music for a new CD, you spend thousands of dollars recording a new CD and then there is mastering and manufacturing cost. We are looking for a fair offer from a record company that is also willing to set up a tour and be on top of all the details that go into touring

I was in a band years back that did a concert and we were lucky enough to be playing in front of a very large audience. The hall had two levels and I would say we have about 500 fans come out. We had a sound check that went well but once the gig started I saw people from the floor running upstairs and the people in the balcony running down the stairs, finally by the time the concert was over only a handful of fans were still in the audience. We were just toooo loud. I am sure there were a lot of ringing ears that night. LOL

First off I would like to see Dream Aria touring and still recording. Musically, we went after a little harder edge with Transcend but still kept our In the Wake overall sound. I am not sure what is next musically speaking for Dream Aria, I guess where ever our hearts takes us. 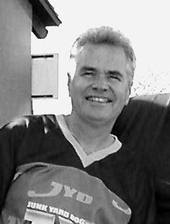 For me it's just the emotion I received from a song; did the song have a effect on me in any way no matter what genre its in?

We record in analog {no computers} but then we put it all on CD, this way it still keeps a bit of the analog warmer sound

What's the best record store in your town?
records on wheels

Thanks for joining us, Don. Best of luck with the new album. We'll do our part to spread the word to the world.