Yusuf – An Other Cup 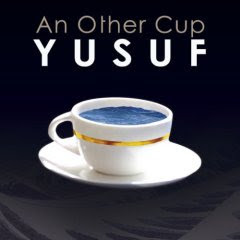 My second encounter was when my good friend, Racer, played me portions of Tea For The Tillerman from Cat Stevens, the name that Yusuf Islam went by prior to converting to the Islamic faith. It was at that point that I found some of the music that I had been so desperately looking for. Over the next several years, I picked up anything that I could find from the Cat man and absorbed the soulful grace with which he wrote, recorded, and performed his music. In a lot of ways, his songs were my guiding light and the road map by which I traveled through life.

After years of being out of the public spotlight, except for various comments that were blown out of proportion by the media, Yusuf Islam has returned with an album of new, and for the most part, original music. And let me say, listening to An Other Cup is like finding an old friend whom you’ve lost touch with, and then getting wrapped up in hours of catch up conversation. The music doesn’t so much pick up where Cat Stevens left off, but lands right smack dab in the middle of his greatest works. The spiritual essence is still there and is conveyed with the graceful subtlety Stevens was always known for. Acoustic based songs with that familiar richly textured voice fill forty plus minutes of CD space, and carry this listener to a time when life seemed so difficult, but in hind sight, was truly simple.

“Midday (Avoid City after Dark)” starts off with a nice bit of mellow guitar and percussion, and then it happens. Yusuf’s voice cracks through the music and all is right with the world once again. A song about enjoying the simple things that life has to offer, such as feeling an ocean breeze and hearing the laughing voices of children at play. The acoustics strum away in the background, giving the tune a nostalgic feel, while the piercing cry of the brass section gives the tune a more modern feel.

“Heaven / Where True Love Goes” is a knock-out blow of a tune. It begins with Yusuf’s voice with just the right amount of inflection, and then just builds upon itself. Note after note, like bricks of a house, are laid on top of each other until the tune rises from the ground and through the stratosphere. The chorus melody is as uplifting as any tune out there, and overall, “Heaven” should be mentioned in the same breath as any of the classic Steven’s material. It’s just a great love song, both of a physical love, and spiritual. You gotta’ love how he can do that double entendre thing! 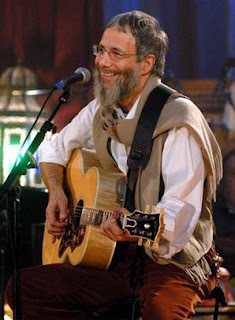 “Maybe There’s A World” and “One Day At A Time” invoke the same sense of “I’ve heard this before, but not quite like this.” Both are hopeful tunes with lush, atmospheric passages that give one the sense that the songs are more relevant today than the era that they were borrowed from. “In The End” is rife with poignant lyrics of accepting the truth of life. Everything that we do has consequences. Good or bad, and we know the truth behind every action. It’s all about being honest with one’s self. A tale told as only Yusuf Islam can.

Yusuf’s interpretation of “Don’t Let Me Be Misunderstood” is a moving piece. Made famous by Eric Burdon and The Animals, this tune carries a whole new weight with its slowed down tempo and quasi-new age vibe. Performed with just a piano / keyboard, Yusuf gives it an almost a cappella feel, and ultimately the tune feels more plaintive and somber. “I Think I See the Light” is straight off of Buddha and the Chocolate Box. Piano driven with an upbeat vocal line at the chorus, this tune is a mover and is about as close as Yusuf comes to “rocking out.” Impassioned and uplifting, groovy and all around awesome, this tune sits with “Heaven / Where True Love Goes” as the highest of the highlights on this album.

If you didn’t know that this album was ever released, don’t feel too bad. You’re not alone. Somewhere along the line, the media mentioned An Other Cup was being released and the immediately went off to tell us how important Coldplay are. Sorry. Coldplay has yet to change my life. For fans of Cat Stevens who just wish they had something new from him, fear not . . . An Other Cup is a perfect piece of the collection. It’s great to hear the spirit come back into music, though from a slightly different perspective. As much as Yusuf Islam is no longer Cat Stevens, the two men can never truly be separated. There’s way too much history there. However, I do hope to hear more music come from Yusuf that grows from this release. The voice still sounds great, and he still has a message to get out there. In fact, it may be even more important now than it was when he was a pop star. As it was with my second encounter with the man, this album came along at the right time, and is truly the music I’ve been looking for.
-- Pope JTE
Buy here: An Other Cup

Posted by The Ripple Effect at 1:19 AM

Beautiful review! I feel exactly the same. Didn't know about this album and video till days ago. And then, I was watching the Magikat tour and Yusuf's Café at the same time and for the first time! Cat Stevens also changed my life through his music.

Oh brilliant reveiw! I am a HUGE Cat/Yusuf fan, Even though I was a few decades late to be able to actually have watched Cat Stevens live, I still think he is amazing. All of his albums are amazing, and I deliberately watched Harold and Maude due to the fact that the whole music was from Cat Stevens!, and I enjoyed every minute of it!
He will always be those legendary artists who write about the real things in life, a true artist. Thank you for the review again of An Other Cup, take care.

So glad that you both liked the review and it's nice to get some feedback from Cat/Yusuf fans! It's truly a shame that he didn't receive more attention for An Other Cup. From start to finish, it's a high quality album that touches the soul. It's also satisifying to know that even though he was away from the music business for as long as he was, he can still write and perform an amazing song! The music flows through him.

Thanks again for reading, and stay tuned. He has a new album on the way and we'll do everything we can to shed much needed light on it.