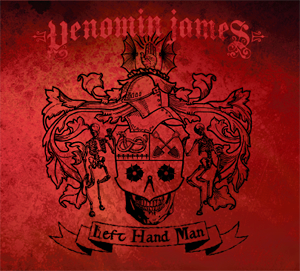 Inherently, we all know this, yet for some reason we can't help but glorify it, romanticize it. It's been done since the days of Homer through Hemingway. You can even hear this in our music. There's a whole genre of music, Battle Metal, devoted to little more than glorifying the brutality of war, romanticizing the march, the machismo of the onslaught, the beauty of the kill.

You won't find any of that in Venomin James.

Pulverizing, Sabbath inspired doom metal, Venomin James is a battering ram of detuned guitars, sludgy bass licks and drums pounding at you with the vehemence of a heavyweight boxer beating his opponent's face into oblivion. This is a full-on assault of monsterous riffs, dynamics and power, wrapped up and dropped off in the south, hinting at a touch of the ferocity of Corrosion-style swamp metal. Touches of classic stoner metal flourish amongst the unadulterated fury of the heavy doom vibe.

So far so good. But that's not where the story ends. While a band should never be labeled or judged on the basis of their history, Venomin James has a history that can't be ignored. Formed by vocalist Jim Meador upon his return home from the war-ravaged battlefields of Iraq where he'd served his tour of duty as a sergeant in the U.S. Army at Abu Ghraib. Meador returned from that journey, having faced his own mortality "haunted by memories of intense violence and the unforgiving ugliness of war." This apocalyptic view of life and the human condition worms its way through the doom vibe like a parasitic amoeba, washing the colors of their pounding rock in black, and adding a verisimilitude and authenticity to their hellish view of society that few bands could ever dream of. 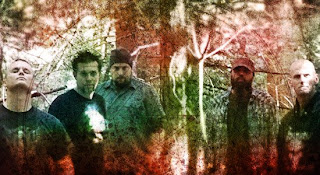 Armed with his belly full of disillusionment, disgust and venom, Meador rounded up guitarists Tomasz Scull and Joe Fortunato, two immensely talented riff-meisters steeped in old school doom tradition, to bring his apocalyptic visions to life. Add to that Geezer Butler-inspired bassist Erin Corcoran and the pounding fury of Jared Koston's drums. Venomin James fully formed, Meador finally had an outlet to unleash the pent up demons he'd been keeping hidden within.

But like I said, history doesn't define a band, and I'm sure Meador, more than anyone, would want this musical beast to be judged on the fury of their riffs today, not the terrors of his past. And to that end, I can only say one thing. Hell yeah!

Now, that doesn't mean you can separate past and present. When Meador sings in the opening track "Abu Ghraib," "I hear them crying/Smell the dying/The walls whisper ancient truth./Alone I sit/salt crusted skin/In a temple of lies and abuse," the words hit with the weight of a 80 megaton bomb. This was the infamous site of Hassam's torture and abuse. A home for the dead, the dying, and the those who only wished they could die to end the pain. This isn't some far-off war fantasy, dreamed up by some stoned kid in the desert upset that his parents won't increase his allowance for the week. Meador knows what he's singing about. From the first darkly ominous bass notes, this is a song of anger and madness, capped by Meador's vaguely Ozzy-esque, but deeper voice. The riffs churn in a swirling maelstrom of deadly desert sand, the drums pound out the footsteps of the dead and dying. "Have I reached my final destination?/A temple strewn with shallow graves/the blood that stains your walls/I'm drowning in/as I stroll amongst your waste." Doom rock doesn't get any heavier or meatier than this. Final destination, indeed. 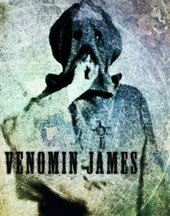 "Bulletjuice," launches at you with perhaps the disc's best riff, a mastadon sized onslaught, as Meador sings of the soldiers getting stoned to carrying on the daily battle of war. "Locked and loaded with a bottle of pills." Searing leads tear apart the mid-section before that amazing fuzzed out riff roars back in, ripping the skin from your flayed flesh.

"Feed the Flames," is VJ's answer to "War Pigs," a brutal condemnation of the politicians that feed the war machine, pushing violence and death to suit their needs, mindless to the rotting and decaying bodies left in the wake of their decisions. The riff is brutal and accusing, spitting bile at the real life war pigs with an anger that Ozzy and crew could only have guessed at. And whereas, Ozzy was content to sing about the madness of war and the machine, Meador won't be satisfied until he sees the whole machine burned to the ground. "I've got a new ambition/I've got a black intention/I'm a man on a mission/Slave to a broken system/Infernal politicians/Sugar coat, I won't listen..../They sabotage my minds condition/I wanna burn it all..and Feed the flames."

"Downer," brings a slightly sci-fi'd tinge to it's guitar tone. "Iron Horse," is a slow and infinitely plodding march towards destruction. "Undertow," plans its attack fast and furious and "El Brujo," can only be described as a balls out, mind-numbing beating of stoned out heaviness. And through it all, the musicianship of VJ bring the horror of Meador's visions to astonishing life. With these guys the past may not define the band, but you can't deny that the past is part of the band.

Yeah, I know I'm going on and on about this one, but think about it. When have you ever heard an album like this? The guy's been there. He served his country with valor, he answered the call, only to find horrors beyond anything schlock-horror peddlers like White Zombie or war-glorifiers like Man-O-War could ever dream of. If for no other reason than that, the album deserves to be heard. Or, you can just forget all that and raise your fist in a pounding salute, because regardless of the message, Venomin James just freaking rocks.

Apparently, the boys got a new album coming out in the fall. I can't wait to hear what they come up with next. And Meador, thanks for all you did. The Pope and I welcome you home, my friend.

Posted by The Ripple Effect at 1:47 AM

Racer, thanks for your kind words and taking the time to really dig our album. Much appreciated, brother! Doom On!