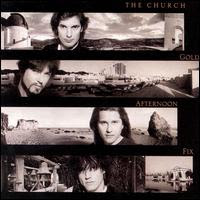 Many people might think that the esteemed Ripple office is a place of ultimate harmony. A musical sanctuary, an aural utopia, where nary a negative word is ever said. The Pope and I walking amongst the enormous leaning towers of CD's, working our way through the maze of vinyl, always in complete agreement as what constitutes a Ripple Classic.

Actually, that's not entirely true. While the Pope and I do see eye-to-eye on many great albums, really what we see eye-to-eye on the most is that music is an entirely personal affair. What moves one doesn't necessarily move the other. And in the end, that's the greatest thing about what we're doing here at the Ripple. We respect everybody's individual taste. We're not here to tell you what's good or great, that's for you to decide. What the Pope and I are actually here to do is to spread the word on the music WE love, and tell you why. In the end, the best we could ever hope for is that our enthusiasm and wandering words (and video samples) will pique your interest enough for you to research out the disc and make a decision for yourself. In doing so, maybe, just maybe, we can help open your ears to a sound that you may have missed.

So while the Pope and I completely respect each other's innate right to like whatever piece of music we like, it still doesn't mean that we always agree. Case in point, The Church.

To be honest, upon listening to this disc, the Pope didn't get it. I, on the other hand, have listened to The Church since their "Unguarded Moment," debut, enjoying their haunting, meditative brand of neo-psychedelia. And while I'll be the first to agree that Gold Afternoon Fix isn't a perfect album, not necessarily even The Church's best, (that honor probably goes to Heyday, the Blurred Crusade, or Starfish) there's still a great deal here to enjoy.

Coming on the tail of their breakthrough America hit, Starfish, and the surprise hit “Under the Milky Way,” Gold Afternoon Fix should have been the album that broke the band wide open in America. Unfortunately, it wasn’t to be. Since their debut in 1981, The Church had been perfecting their blend of post-punk neo-psychedelia, ominous and ethereal, highlighted by the jangling Byrds-like guitar interplay of the excellent duo of Marty Wilson-Piper and Peter Koppes, the steady beat of Richard Ploog and the thick melancholy captured by the monotonous baritone of singer Steve Kilbey; all underneath the conscious radar of most American listeners. Already big in their native Australia, when “Under the Milky Way,” a shimmering slice of pop psychedelic heaven broke through the American top 40, all eyes looked towards the band to finally fulfill their potential and rise to the level of an Australian R.E.M. or even U2. 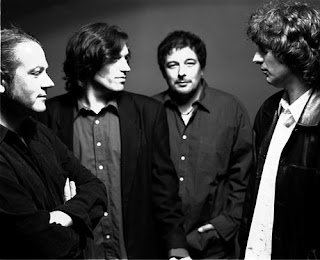 Originally signed up to be produced by John Paul Jones of Led Zeppelin fame (now there’s a what if to ponder) instead the album was produced by Starfish producer Waddy Wachtel. While not a bad album by any means, the resultant disc lacked the necessary vigor and fire to build on the spark created by Starfish. That’s not to say that Gold Afternoon Fix isn't worthy of attention. On the contrary, this disc features some of the Church’s most memorable compositions, some truly fantastic songs, as well as several forgettable ones.
“Pharoah” starts the show off, thick and ominous, about as dangerous as the band can be. Underneath the building guitars, Ploog’s beat is incessant and full of mystery. Immediately, we can see that Kilbey’s distinctive voice and the guitars of Wilson-Piper and Koppes are in fine form, leading to a captivating chorus. “Metropolis,” the album’s first single is a gorgeous shimmering pop song with a lovely chorus and vocal performance, but it lacks the immediacy of “Under the Milky Way,” tending much more towards subtlety. Fortunately, songs like “Terra Nova Cai n,” and the excellent, Wilson-Piper sung “Russian Autumn Heart,” bring on the punch and vim needed to propel the album. All out bursts of psychedelia like “Grind,” and “Disappointment,” show that the boys haven’t lost touch with their non-commercial roots. “You’re Still Beautiful,” and “City,” are simply beautiful songs, exceptionally played.
But eventually, the interspersed stream of mid-tempo, slower compositions like “Monday Morning,” ”Laughing,” and “Transient,” bog the album down. In the end, the great songs are still great, but they seem to get lost under the weight of an album that never quite has the wings to take off.
Unfortunately, this was the one shot the boys had to break it in America. With the chance lost and the even less commercial follow-up Priest = Aura, The Church were relegated as a one-hit footnote in American music. And that’s too bad, because really, there’s so much more to the band than that. This album, like their whole catalog is certainly worth exploring for fans of more meditative, shimmering, slightly unsettling post-punk psychedelia.

Whoever sent you guys this disc must have rather eclectic tastes. Word.

These guys put on a great rocking live show, that their albums could never match. Their guitars were loud, echoey, and feeding-back constantly, while the albums featured very cleaned-up and sparse guitars that never quite filled up the space like their live shows.

Even the almost spoken, whispery vocals sounded better live, and had lo-intensity burn that resonated in the hall (I think it was the Orpheum in Boston).

A lot of the English bands in the late eighties/early nineties were like that - they were much more prominent as live bands in England and Europe - just couldn't translate that energy to a record.

I agree, Dimaension. I saw The Church live twice and the sound was incredible. I like the recorded product, particularly Heyday, but agree it pales in comparison.

I'm sure one day, if I ever see you perform, you'll blow me away live also!!