Sounds of Summer - The Ripple Listening Guide to Summer Fun 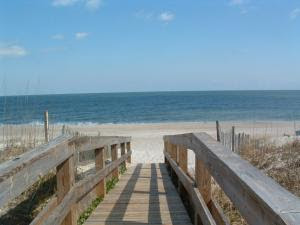 Summer time is upon us, oh loyal waverider, and you know what that means? Backyard bar-b-Q's, splashing around the pool, drinks with little umbrellas, and mosquitoes the size of invading space aliens. Ain't it great? Well, maybe not the alien mosquito bit, but gosh darn, doesn't the rest of it sound like good summer fun?

Another thing that summer conjures up is it's own special type of music. This ain't the season for death metal and hyperblast freakouts. When you've got your friends all assembled in the backyard or hanging out at the beach, chomping down your wieners, digging into your mom's potato salad, or wolfing down some jalapeño cornbread, what you need is some special music to bring on that happy, easy summer feeling. Something with a rock and roll heart, but perhaps a touch of shimmering pop or down home country laid back cool. Something to ease your mind as you're swaying in the porch swing, throwing back your fifth Mint Julep, staring at the fireflies and wondering if they're stars. And if so, why they're moving so damn much.

So, with that peaceful, easy summer feeling in mind, today we're going to present our first annual Sounds of the Season Listening Guide to Summer Fun, our picks for the musical accompaniment to your backyard, houseboat, front porch or beach side activities. Don't worry, we have listening guides in the works for Fall, Winter and Spring also. The Ripple will be there all year long for you, but with the temperature outside the Ripple office topping out at 100 degrees today and the waves splashing in the distance, let's dig right into that summer fun, shall we? 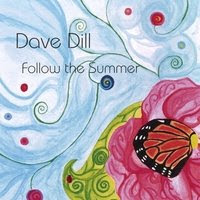 Starting off this summer guide then is the perfectly titled new album by sunshine pop artist extraordinarie, Dave Dill and his capture of warm sunny days on a disc, Follow the Summer. On this, Dave's fifth solo album, he's perfected his shimmering blend of easy, seventies AM radio inspired indie pop. Playing all the instruments himself, as well as writing, producing and recording this summer classic, Dave brings in the heart and soul of all the great summer artists of the past. With a voice reminiscent of McCartney, melodies as beautiful as Brian Wilson and the gentle rocking backbone of Badfinger, Follow the Summer is like a mini-excursion through every summer of your youth.

You know you're in for something retro special during the very first second, when the CD starts amongst the sound of a needle being placed on a vinyl LP and that first few seconds of fantastic record static, the hiss of anticipation that accompanied your first playing of every LP you ever bought. Then, as "Today" leaks out of the speakers, jubilant and buoyant, riding high across the organ, bouncing bass, and Beatles-esque melody it's as if we're back in the glory days of McCartney. And Dave doesn't let up there. "Miss America," is an apple pie sized slice of pop perfection, "Happily Ever After," brings on some rock muscle a la Todd Rundgren with a crunching guitar, biting solo and throbbing bassline. "Don't Remember," runs with the melodicsm of Jackson Browne, "Don't Believe it," sounds like a lost America classic and "Perfect There," hints at shades of the classic summer songs of Seals and Crofts. That's how sweet this disc is, like cotton candy melting on your palette at the county fair.

But what makes this disc stand out is that Follow the Summer isn't just the sum of its influences, it transcends them. Dave Dill crafts pristine moments of exquisite pop. Pure pop confections. Adding his own indie verve and sparkling musicianship, he captures all that we love about our 60's and 70's summer pop favorites as if he bottled the light reflecting in a billion rainbows shimmering off the facets of a prism. Summer in a bottle, or more appropriately, on a CD. What more could you ask for? Pick up Dave Dill here: 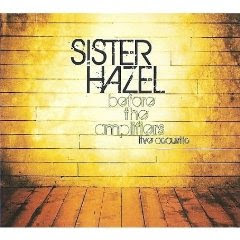 Although it's hard to call a band under-rated that has sold more than 2 million albums world-wide and been acclaimed as some of the greatest American songwriters of the last decade, it still seems to me that Sister Hazel never quite got all the props they deserved. Hopefully, with the release of this gorgeous album, Before the Amplifiers. Live Acoustic that will all change. Performed, as the title suggests, stripped down live and acoustic in front of a privileged group of hooting and hollering devoted fans (known as Hazelnuts) Sister Hazel work through 16 of their greatest hits and fan favorites. Performed in this intimate setting, the band has nowhere to hide, they just allow their amazing musicianship and exceptional songwriting to do the work. And the results are extraordinary. Ken Block's emotive vocals are richly deep in soul, and the harmonizing vocals are sublime. Throughout, the boys give an impassioned performance, clearly delighted with the intimate format. Never is this more clear than on the perfect rendition of their biggest hit, " All For You."

This album is a must for all Sister Hazel fans, but also for any of you who want that perfect acoustic vibe to bring on the summer night as the marshmallows are toasting over the fire pit. Perhaps there's no greater praise I can give this disc than to say that the moment I popped it into the Ripplemobile CD player on our back from the beach, Mrs Racer (who usually barely tolerates my musical selections) immediately sat at full attention and proclaimed. "Wow! Now this is good!" Yes, folks, the Mrs has spoken. Buy Sister Hazel here: Before the Amplifiers-Live Acoustic Now, don't go callin' me a fan of new country music (thems fighting words around here) but I do appreciate a well done southern ditty particularly if it's shored up with the boogie of the Stones, and plays like the good old days of the Band, Little Feat, or even The Eagles, back in their country beginnings. And having lived in Houston and coming from the fine City of San Antonio, I know there ain't too much that'd sound better late on a summer's night, sitting on a deck as the air is finally starting to cool, drinking down a cold one or a tall lemonade, than some particularly fine bluesy country rock. And on all accounts, The Band of Heathens are here, deliverin' the goods. Having won the 2007 Best New Band at the Austin Music Awards, these boys got a swirling brew of acoustic strumming, electric muscle and a swaggering beat, all blended together in their Texan stew of roots country rock and roll. "Don't Call Me," is an instant classic, "Heart on My Sleeve," rocks with the muscle of the south, and "Unsleeping Eye," is slice of bluesy jam band heaven. Pour yourself a cold one, kick your shoes up and give these boys a try. Get your copy here: The Band of Heathens 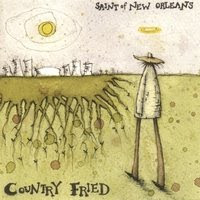 Having spent my fair share of time in the South, I can tell you, summer ain't summer without a big ol' country cookout, and no true summer cookout is complete without a heaping bucket of crawdads, mudbugs or whatever you want to call them. A delicacy from the muddy Delta waterways, all you gotta do is pinch the tail, suck the head, chase it down with a Blackened Voodoo beer and you're in southern heaven. To make your feast complete, we recommend only the finest, most authentic musical accompaniment, and on those lines, Country Fried are the band for you. I saw these guys play last November, at an in store appearance at the finest independent music store in the Big Easy, the Louisiana Music Factory on Decatur Street. To say they got my mouth watering with their rootsy blend of outlaw country is an understatement, as their CD Saint of New Orleans hasn't left my cd player since then. Strumming, picking and singing away as if they were hanging out on your back porch, this is full on swamp bluegrass, or swamp grass as I like to call it. "Boxcars," is a masterpiece in hobo musical literature and the title track, with its chorus of "You'd be a drunk in Salt Lake City, but you're a saint for New Orleans," is a classic in waiting. With solid deep southern vocals, perfect harmonies, and a laid back easy feelin', Country Fried should put the perfect cap on your summer bar-b-q. Pick up your very own copy of New Orleans swamp grass here:

The Band of Heathens

Posted by The Ripple Effect at 1:09 AM