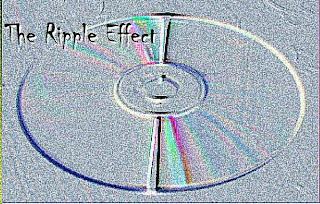 Greetings, friends! I’m finding myself a bit astounded that it’s been a whole month since Episode 5, but the calendar doesn’t lie and the time is upon us once again to check in with the world of Myspace. As we’ve touched on in past episodes, Myspace is just brimming with intriguing music and musical happenings, and that’s the reason we do this feature. As we’ve surfed through the site and stopped in to see what’s going on out there, we absorb so interesting morsels of information, and we then forward that info onto you. 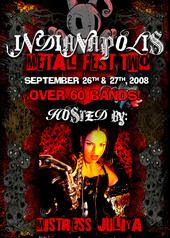 Way back in Episode 2, I mentioned that the Indianapolis Metal Fest II was scheduled for September 26th and 27th and hosted by the one and only, Mistress Juliya. Nothing’s changed there, but what has changed is that the line up for this event is now public knowledge and I want all of the headbangin’, mosh happy Waveriders to take note that this will be the metal event of 2008. There are a ton of outstanding acts performing at this festival, and the ones that have peaked my interest are Dew Scented, Divine Heresy, Ekotren, and Skeletonwitch. To get the full who’s who performing, go to www.myspace.com/indymetalfest and see for yourselves. You don’t want to miss it. I don’t want to miss it. So, if you see some bald curmudgeonly guy standing on the road with a cardboard sign with “Indy Metal Fest” scrawled upon it, be a pal . . . pull over and give him a lift.

Speaking of Skeletonwitch (did I mention I love these guys?) they’re going to be a part of Danzing’s Blackest of the Black Tour, which features, uh, . . . Danzig, Dimmu Borgir, Moonspell, and a cast of thousands. And, if you haven’t picked up Beyond the Permafrost yet, get a leg up on your friends and swing by Prosthetic Records, http://www.prostheticrecords.com,and/ get yourself a copy. If you didn’t read the Prosthetic Aesthetic, Episode 1, Skeltonwitch incorporate high tempo death metal soundings with the dual guitar harmonies of early Iron Maiden. Envision the soundtrack to Viking pillaging and Beyond the Permafrost is it. www.myspace.com/skeletonwitch

Our chums in Echovalve have passed out the word that the remainder of their tour through the Midwest had to be cancelled due to financial issues. The band deeply regrets having to cut the tour short, but the boys have gotta’ eat! They are planning on getting back into the studio to record the follow up to the Ripple favorite, helloagaingoodbye, with the hopes a larger label will pick them up. If that happens, keep your children off the sidewalks coz’ these guys are gonna’ be all over the place. They also mentioned, “Its time to turn the ripples into crashing waves,” and we couldn’t agree more, but we’re not gonna’ change our name to The Wave Effect. Just doesn’t sound as cool. www.myspace.com/echovalve

In the Holy Crap category, I just got word that Corey Glover will be on the touring production of Jesus Christ Superstar. That, in and of itself, isn't enough for the Holy Crap award (though it does seem fitting.) Due to his committment to the Superstar performance, Corey won't be able to hit the road with Living Colour. Bummer, right? How about this for his replacement . . . Doug Pinnick of King's X. Yeah . . . you read that right. Wanna' read it for yourself? Go to Corey's blog. www.myspace.com/coreyglover. I think my bowels just turned to water. It's not as uncomfortable as one might think. 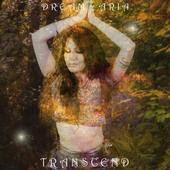 Dream Aria have a new album that’s available called Transcend. The sample tracks on their page sound even more epic and uplifting than that of In The Wake, if that’s even possible. My eyes rolled back into my head when I heard the guitar work with it’s middle eastern themes on the title track. Are we excited? Does a bear shit in the woods? Well . . . I guess a polar bear doesn’t, but you get the idea. We're excited . . . you should be too! Stop by and drop them a line. www.myspace.com/dreamariacanada

Speaking of new tracks, apb have four new songs posted and available for free download. These tracks have never been made available in CD/digital format before, so don't miss out on your chance to claim them as your own. If you know little to nothing about these guys, swing by and feel some of the groovenist bass lines on the face of the planet. Yes . . . I said feel, not listen. Put it on and you’ll see where I’m coming from. www.myspace.com/apbtheband

My main man, Eric Hamilton, has four new tracks posted on his page. My understanding of the situation is that he tooled on down to The Big Easy, and over the course of a few days recorded ten tunes for a new album. Eric was nice enough to forward me the tunes, and I haven’t wanted to go back to the Crescent City more than when those tunes are playing. I’ve said it time and time again, this guys brings a soulfullness to his music that can’t be touched. His lyrics are as real as his life. The dude’s as real as they get. www.myspace.com/erichamiltonband

I had a dream last night. It went something like this . . . I hopped in my Popemobile and drove to Norway. Yep. Drove to Norway . . . from California. I think there was something about moving the Ripple offices to Norway, but then I remembered that we were moving our offices to Sweden. Man, was I confused. So, I parked the Popemobile and went to a Domino’s Pizza joint, (Apparently driving from California to Norway in six hours works up a hearty appetite) but I was turned away because it was nearing 6:00 p.m. It was a dream . . . it doesn’t have to make sense. Well, since I’m yammering on about Norway, I might as well tell you the news of Norwegian thrash metallers, Susperia. They are in pre-production for the follow up of 2007’s, Cut From Stone. They’re taking a bit of break from recording in August to play the XV Revoltallo Festival is Spain and Metal Rock Festival in Norway. So, keep your eyes and ears open for that one. Ah hell, just keep it tuned here. We’ll tell ya’ what’s up. www.myspace.com/susperiafans 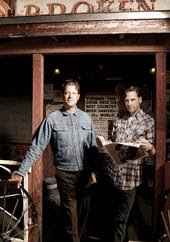 Everyone's favorite alt country/indie artists, Calexico, are due to release their new albums, Carried to Dust, and are making a sneak peak available of their newest track. Give it a spin and lose yourself in a strange and beautiful land. In their music, you'll find strains of folk, rock, jazz, flamenco, Mexican folk and the softness of the desert sands at night, all wrapped up in one irresistible burrito of sound. You'll be hard pressed to ever find another band that sounds like these guys. Check them out at: www.myspace.com/casadecalexico and find the new track just waiting for your hungry ears at the link below. http://www.touchandgorecords.com/calexicostream/Two_Silver_Trees.mp3 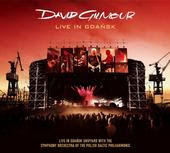 Coming this September, living legend David Gilmour will be releasing Live in Gdansk. You, the fan, have the option of picking up the standard 2 disc set, or the deluxe 3 disc set with a few extras. Or, the 4 disc set with a bunch of extras. Or . . . the 5 disc set with even more extras. Phew! Them are a lot of extras! If you're a real hardcore fan, there's even a vinyl edition. Swing by the web site http://blog.davidgilmour.com/2008/06/live-in-gdask-f.html and read up on the significance of this recording. It ranges from the formation of trade unions to the first performace of Gilmour in Poland. Interesting stuff. Also interesting is that the Polish Baltic Philharmonic Symphony accompanies Gilmour as he rattles off the standard fair of Pink Floyd classics and a bunch of stuff from his critically acclaimed album, On An Island. www.myspace.com/davidgilmour


To wrap things up this month, we have some news from our own front. No . . . we’re not truly moving to Sweden . . . yet. The Ripple Effect is all about the music, right? Well, reading about it one thing, and it’s fun to sit here and write our thoughts and feelings on the music that we’re experiencing. But, music is the art of sound. So, what better way to share the music that we love than by putting over the airwaves for you to hear. On July 16th, The Ripple Effect went live on the air with The Ripple Effect Radio Show. Racer and I had the opportunity to play some of our favorite tracks from the bands that we’ve reviewed over the past eight months or so. Originally slated as a one hour show, we quickly realized, that’s just not enough time to get the music out there . . . so we’ve already boosted the show up to a two hour gig. We’ll be broadcasting again in early August, and of course, we’ll keep all of you Waveriders abreast of the times and places. So, with that being said, we need to get back into our cache of songs and begin compiling the next show. Until next month, keep digging . . . you never know what you’ll unearth. - Pope JTE

Catch the best music your not listening to on the Ripple Effect. Now monthly on internet radio.

Posted by The Ripple Effect at 2:27 AM

your Corey rumors are about 2 yrs old...that's news from his blog Sunday, July 16, 2006. They'll be hitting the Europena tour this September and October

Personally, I always thought Corey Glover was the weak link in Living Colour - Doug Pinnick should be a huge improvement.

El C - Thank you for pointing out that Corey doesn't update his blog and I can't read. He is correct. That blog was from 2006, it just seemed so damn exciting that I jumped on it. A thousand apologies, folks.

X - Sorry for the piss poor info. Though, I'm curious if I can find any of those performances on YouTube. Gilmour live is never a bad thing. The DVD that came out after On An Island was out of this world. This one should be just as good.