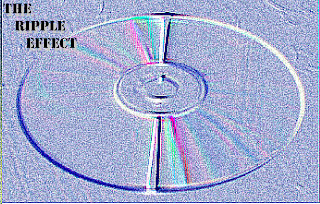 Greetings, oh Loyal Ones! We’re stepping out of the box with this installment just to do something a little different. In one way, this is for me to keep all of the great information that I’ve received through Myspace organized. Quite frankly, there’s a lot of information soaring around out there and it’s easy to think one band is doing this or that when in actuality, it’s someone completely different. And, then that someone’s not doing that at all, they’re doing this. So . . . there’s that. (Huh?) Keep up people, we don’t have a lot of time!

The other reason for this “newsletter” is promotion. You readers need to know about what’s going on. You’re not going to hear about most of these bands from your local radio stations. You’re not going to hear about them through the satellite services. You could scour the internet, but you know you don’t have the time for that and you’d only get distracted by all the porn. Worse yet, you’ll shoot your eye out, kid. So, leave it to us. Sit back, wrap one of your mitts around a cup of cocoa, push play on your music device, and read up on some of the Rumors Heard in Myspace.

Hailing from Canada, Braintoy are about to release they’re first full length album entitled Vehicles. They have a psychedelic prog-metal vibe going on that kind of reminds me of Pink Floyd, but with gusto for a modern age. I’ve already reviewed they’re EP Tremors, so check that out if you haven’t already. The advance tracks that have been posted on their Myspace page (http://www.myspace.com/braintoy) show a quantum leap in maturity. The early songs were very primal where the work for Vehicles encompasses a wider array of emotion and musical virtuosity. Just listen to the first minute and a half of the title track . . . and you won’t be able to stop until the whole songs complete. Rumor has in we should see Vehicles in the spring of 2008. 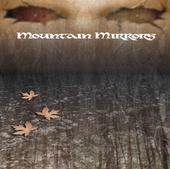 Mountain Mirrors has informed me that the follow up to their self titled epic is darn near complete. The advance tune that I was so fortunate enough to hear had that Zepplin III feel mixed with a bit of Dave Matthews’ vocals. What the rest of the album holds, well . . . we’ll just have to wait and see. If it’s half as good as the last one, we’re in for a treat! If you don’t have a copy of Mountain Mirrors, head over to Magnatune.com and do what you have to get it. Speaking of Magnatune . . . while you’re there, check out the phenomenal talent of Jade Leary. I was turned on to him by Jeff Sanders of Mountain Mirrors, and I was immediately blown away by the emotional brilliance of this mad poet. Black Glitter Diaries is Jade’s latest release and the English language lacks enough words to adequately describe it’s brilliance . . . but I’ll do my best! Check in soon, I should have a complete review up in the next week or so.

Prong are back from a mighty successful jaunt through Europe. Rumor has it that Tommy Victor and Aaron Rossi will tour with Ministry and then hope to get back into the studio to begin work on the follow up to the critically acclaimed Power of the Damager. 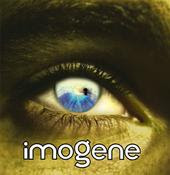 Everybody’s favorite psychedelic gurus Imogene are working on their new album, which has yet to be titled. The two advance tracks that they have posted on their webpage are simply incredible emotional journeys. They kind of have that Doors sound with a touch of Steely Dan. So far, nothing as brooding and foreboding as their self titled release, but we’re only talking about two tracks. I’m personally shaking with anticipation over this one! http://www.imogene.info/music.htmlogene.info/music.html


The recently reviewed Moses Mayfield have broken up. Folks . . . don’t start thinking that just because we review a band that we’re giving them the ole jinx. It looks like Moses Mayfield called it quits before we actually reviewed the EP. Check ‘em out anyway (http://www.myspace.com/mosesmayfield) . . . they’re good. Real good.

New York’s Tribe of Eden have been nominated for a whole boatload of awards through the Progressive Rock Hall of Fame. They’re debut album, Supernova Soul, combines a hearty dose of rock with lyrical enlightenment. It’s positive vibe oughta’ make you feel pretty good about yourself!

Headspace have an entertaining load of songs awaiting you at their site and you’ll be treated to some well written prog-metal samplings. These guys have all those elements of music that I love. Dynamic tunes that shift from heavy to light, all with beautiful vocal harmonies. Their debut EP I Am is available now, so be good to yourselves. http://www.myspace.com/headspacetheband

Sticking with the prog theme . . . The Awakening from Ocala, Florida are plugging away on their debut EP. This stuff sounds so freaking amazing that for a brief moment I actually thought to myself, “These guys are gonna’ blow up bigger than Porcupine Tree.” Now, that remains to be seen because all I’ve really heard are instrumental samplings. But one has to think if these guys are putting this much effort into making the music sound this good, the vocals are going to be out of this world. No pressure, though. Check them out at http://www.myspace.com/theawakeningFL. Opeth and Porcupine Tree fans take note.

Italy’s prog-rocking Arpia have a new disc in the works. From what I understand, the new album will consist of one acoustic song clocking in at 43 minutes! Sounds intriguing and I, for one, look forward to that release.

Singer / guitarist/ founder of Opeth, Mikael Akerfeldt has stated that the new Opeth album is in the final stages of completion. You missed it, but I just did a back flip. Also, he’s once again working with the legendary death metal outfit Bloodbath.

And, finally, if you’re looking for some music that’s just fun, check out Mardo (www.myspace.com/mardo) These two bothers from the L.A. area have put together a little band that just takes you back to a simpler time when lettin’ your hair down and rocking out were fun things to do. They put on a hell of a show and they do a very good job of capturing that live energy on their recordings.

Okay . . . that’s it. That’s what I’ve heard, so feel free to spread the rumors. If they become true, I shall change my name to Poperadamus. If they don’t, blame Myspace. - Pope JTE
Posted by The Ripple Effect at 11:20 AM