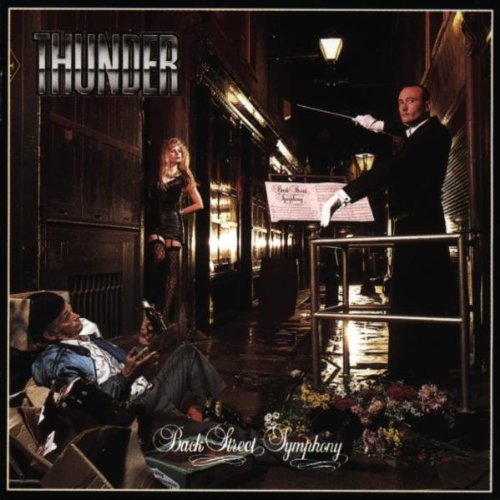 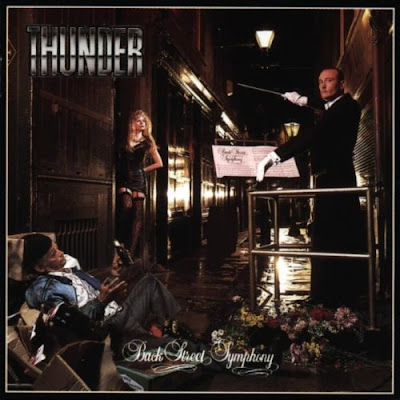 Londoners Thunder stole my heart and then some when their debut 'Backstreet Symphony' hit the streets on March 5th 1990. Formed out of the ashes of Terraplane who had gained some domestic recognition, the new-found band threw all that to the wind. Coming on hard with a modern take on classic 70's heavy blues rock à la Deep Purple, Whitesnake, Free et al, as well as British R'N'B stuff like The Spencer Davis Group mixed with great stomp, humour and excellent musicianship. 'Backstreet Symphony' took at least Europe and UK with storm and was a breath of fresh air when the heavier music climate was about to change drastically.

The nucleus on this debut was, and still is to this day, guitarist Luke Morley, singer Danny Bowes, guitarist/ keyboardist Ben Matthews and drummer Gary "Harry" James. Mark "Snake" Luckhurst played bass on this album and the follow-up 'Behind Closed Doors' which is the band's trouble spot. Well, sort of, since they've only had three 4-stringers throughout their entire career. Apart from this, keeping a mainly intact lineup has played a big part in Thunder's longevity and excellent albums. That, and taking two well-deserved breaks to recharge their batteries.

Being drawn in by excellent reviews everywhere, I simply had to get my hands on ‘Backstreet Symphony’ and as soon as the first couple of bars from opener ‘She’s So Fine’ emanated from the speakers, that was it. Superb riffs in the 70’s heavy rock sphere with Danny Bowes fantastic voice leading the way, these Londoners mesmerized me no end. This continues on ‘Higher Ground’, ‘Until My Dying Days’, ‘Backstreet Symphony’, ‘Girl’s Going Out Of Her Head’ and the CD-only track, ‘Distant Thunder’. I’ve seen this band countless times through the years and every time I hear these songs great memories pop up of fantastic events in my life. Most vivid is when the guys laid waste to a sold-out Hammersmith Odeon in London. Amazing! 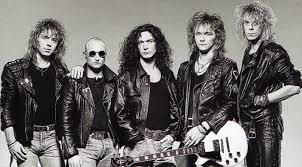 But heavy stomping rock is not all that they are about. Out-of-this-world heartfelt, heartbreaking tales of lost love, loneliness, alienation as well as hope within all this, gives Thunder an edge that many other bands of this ilk lack. Check out crushers ‘Don’t Wait For Me’ and ‘Love Walked In’ and you know what I’m talking about. From the very beginning of their career the band has also displayed a social conscience, or social commentary, through the music. At first I only noticed this in the slower but eventually my ears picked up on how many of the faster heavy rockers highlight this. On ‘Backstreet Symphony’ the wonderful ‘Higher Ground’ is a fitting example and shows one of Thunder’s greatest strengths…that difficult subjects can be the focus in rebel rousing party rocking songs.

Being English the guys also have a sense of humour I love. On ‘An Englishman On Holiday’ this comes out excellently as they poke fun at their fellow countrymen whenever they go on a holiday in the sun. As stiff upper-lipped a Briton can be, back in the 80’s and the 90’s, they were infamous when traveling in groups to beach resorts all over southern Europe to bask in the sun. Mayhem always ensued and Thunder are spot on in the best Monty Python fashion retelling these nefarious acts.

In conclusion, this album kickstarted a brilliant career that has produced fantastic album after fantastic album, so Thunder has amassed a huge treasure trove of songs. Something few long-lasting bands can match, really. What sparks the most in me about them is their fresh take on 70’s heavy blues-rock, which I grew up on, the honesty, sheer brilliance and authenticity they exude. Whenever there’s a bad moment in life, Thunder are my go-to source to be uplifted. And when I want just a good time, they are there for me. Excellent, excellent band, dear waveriders!