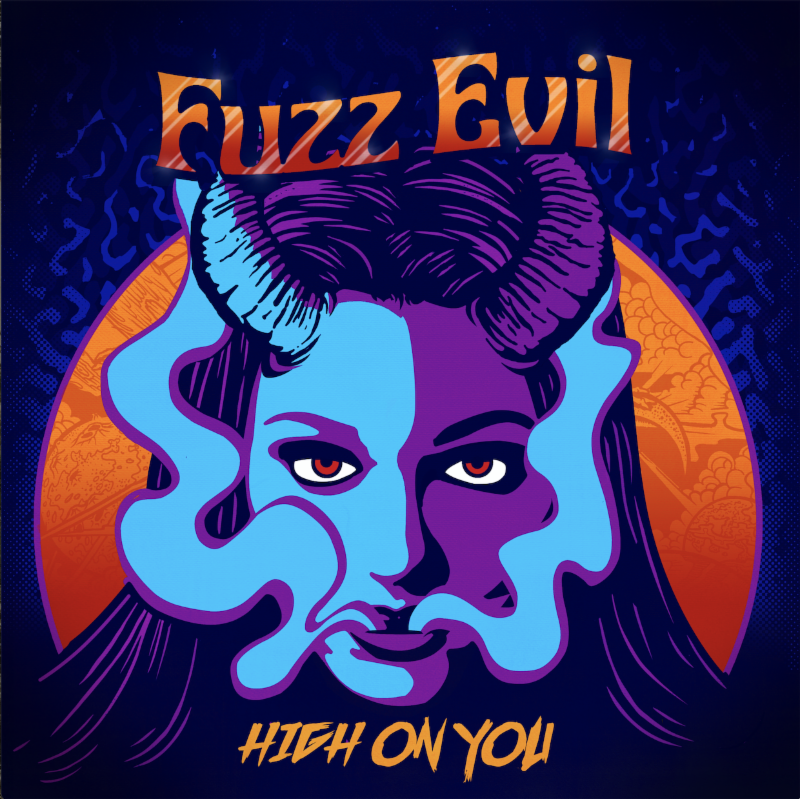 "Assaults you with a dense wall of riffery."  --Ghost Cult Magazine

"The impression that Fuzz Evil are stepping up their game even from what it was on their 2016 self-titled debut is immediate and resonant, with fuzz-drenched riffs and leads, a thick and steady groove and an energetic delivery." -- The Obelisk

Sierra Vista, AZ trio Fuzz Evil premiere an animated lyric video for the title track from their forthcoming sophomore album High on You today via The Obelisk. Read the in-depth album review and watch "High On You" video HERE. (Direct YouTube.)

The album was recorded at Dave Grohl's Studio 606 in Los Angeles with producer Paul Fig (Alice In Chains, Deftones, Ghost). Metal Injection hosted first single "Get It Together" HERE. (Direct YouTube and Bandcamp.)

Fuzz Evil hits the road next week to support the album. Please see dates below.

Formed in 2014, Fuzz Evil is a chug-heavy trio that tames the fuzziest guitar and bass tones on the planet and wields them to blast a monolithic speaker-ripping fuzzapocaplyse for your ears and soul. Raw and dirty in Stooges-like fashion with soaring soulful vocals. Fuzz Evil released their first single, "Glitterbones" on a 7" split with the California trio Chiefs on Battleground Records in 2014. In 2016 they followed up the single with a self-titled full length debut, also on Battleground.

The group then teamed up with the prominent Bay Area rock label, Ripple Music, and the Texas trio Switchblade Jesus to release Chapter 7 of the on-going vinyl splits known as the Second Coming of Heavy series. The current line-up is Orgo Martinez on drums, Wayne Rudell on guitar and vocals, and his brother Joey Rudell on bass and vocals.

High On You will be available on CD and download on September 14th, 2018. Pre-orders are available HERE. 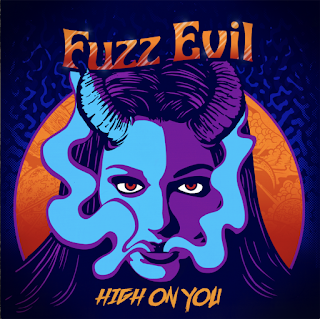 On The Web:
facebook.com/FuzzEvil
fuzzevil.bandcamp.com
bandcamp Dave Grohl Fuzz Evil get it together Glitterbones high on you new album New Music Video US tour