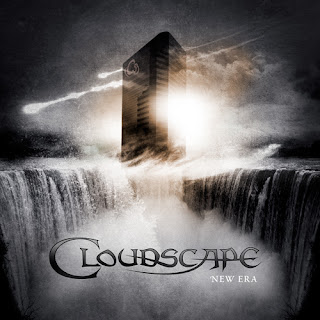 Once again Nightmare records has unveiled a juggernaut of unwavering sonic  assault. Cloudscape is one of those outfits that requires your car stereo to be played as loud as it can go. The production here is crisp and solid, like the first snowfall in their native land. Predictable? Not a chance here. Cloudscape paint a moving picture of unseen melodies and hidden tempo changes. These guys know what they are doing. Their portrait is one of metal flame burned onto the canvas of today's progressive movement.

They are extremely good at what they do.

"Your Desire" is one of the best tracks on this album. Hands down my favorite. Just a great, well written, solid, heavy metal anthem. The guitar lines are insane. But it's the vocals that push this song deep into your head. I can hear the details these musicians place within their music. This has a flow and a tempo all its own.

Other stand out tracks include "Velvet Eve", "Voyager 9", and "Silver ending". "Voyager" has a simple and powerful lyrical message. This cd is a collection of hit songs wrapped into a living, breathing, metal juggernaut. Unstoppable.  When will they come to America and tour?


Overall fantastic and full of fast and furious feverish epic sounds. But make no mistake this is progressive metal in the cutting edge and they mean what they say. I really feel that this band, this cd, this time could well see cloudscape rise above the fray and float into the stratosphere of metal Icons. It's all here contained in this disc.